by Paul Bremen and friends 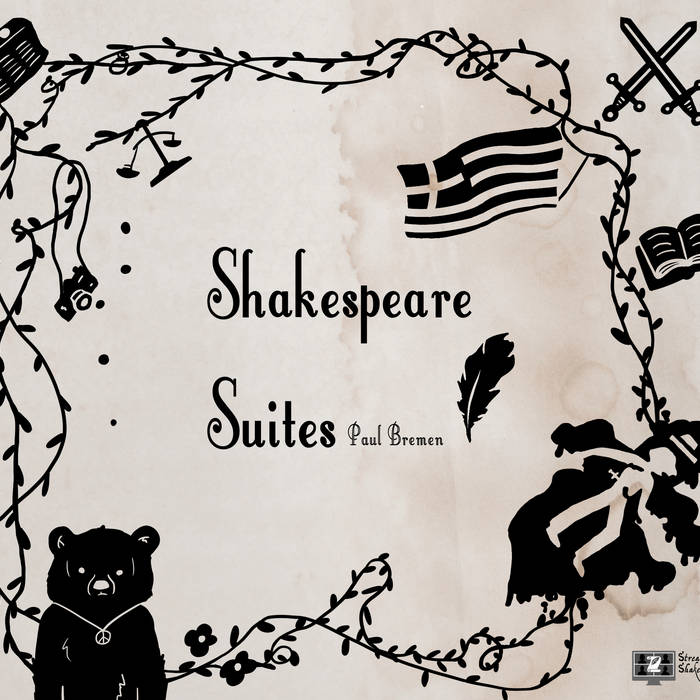 COVID-19 may not be the plague Shakespeare had to live through, but it was felt around the globe – not least by artists, actors and musicians. It took away nearly all opportunities to get our art to its audiences, as we lost bookings by the score.

Streamed Shakespeare is on the frontlines of making sure art still has a place in these weird times, staging Shakespeare plays as ‘videoconference theatre’ streamed live around the globe. And you can’t have theatre without incidental music! I’ve been fortunate enough to have the opportunity to make music for four Streamed Shakespeare plays so far, recording and mixing everything in my home studio, half a globe away from the actors and directors. This collection assembles favourites from these productions.

THE WINTER'S TALE
This is one of Shakespeare’s stranger plays. The first half is a tragedy of jealousy, the second a comedy of sorts. The amazing Holly Champion, as director, envisioned setting the first half in the 1950s and the second in 1969, including the Sheepstock music festival, for which I got to write some hippie music. Including tributes to Jimi Hendrix, Joan Baez and Janis Joplin. Most of these numbers were pre-recorded as videos and inserted into the live Zoom sessions.

THE TWO NOBLE KINSMEN
The next stop is Greece – or at least Greece as imagined by Shakespeare and John Fletcher when they decided to write a play together, probably after their fifth ale. Director Eleni Cassimatis’ vision is a wild rollercoaster of war, love and madness. Oh, and a funeral song by three queens whose husbands were murdered. You know, as you do in ancient Greece.

JULIUS CAESAR
For this one, I got to do some cool jazz because director Jamie Collette’s Caesar was a bit of a mob boss. We recommend an old fashioned and a rainy night to properly enjoy the suite from the play.

THE MERCHANT OF VENICE
The music from this production is strewn throughout the Shakespeare Suites album. Director Roslyn Hicks wanted a less unified sound, to suit the play’s varied themes and scenery. The opening number represents the bustling, news-addicted business metropolis of Venice, which contrasts with the rural villa Belmont, where love has its kingdom and our heroine insists that the many men who come to woo her play a dangerous guessing game. That contest prompted the theme for the gameshow Wife or No Wife and a track based on the poem that one of the game’s losers finds.

Julia Zech, Anna Bremen, Sarah Horneber: vocals on “Dirge of Three Queens”
Paul Bremen: lyrics to “Wild Berries” and “Together from Here”
Everything else by William Shakespeare (and possibly John Fletcher).
All other music composed, arranged, recorded, mixed and mastered by Paul Bremen

Jamie Collette: trumpet on “By Night When Evil Seems Most Free”
Sara Delavere: percussion on “Brutus”
All other music composed, arranged, recorded, mixed and mastered by Paul Bremen

THE MERCHANT OF VENICE

For more info on Streamed Shakespeare and to see some of our shows and free online content, visit www.streamedshakespeare.com

Bandcamp Daily  your guide to the world of Bandcamp

MF DOOM is given his flowers, plus appearances from MC Jada Imani and Stanley Ipkuss